November 2018 - Bubbles and Bottoms for Companies -

Over the past few months I already spoke about the stock buybacks, and how they have reached all-time highs. This was in my opinion the main trigger for stocks to go up over the past few years but has now stalled due to increasing interest rates.
How extreme have these stock buybacks been? In Billions of dollars, the buybacks have surpassed capital expenditure! In the past 20 years, this has only been the second time that this is happening. The last time, unsurprisingly, was in 2007, right before the credit crisis. 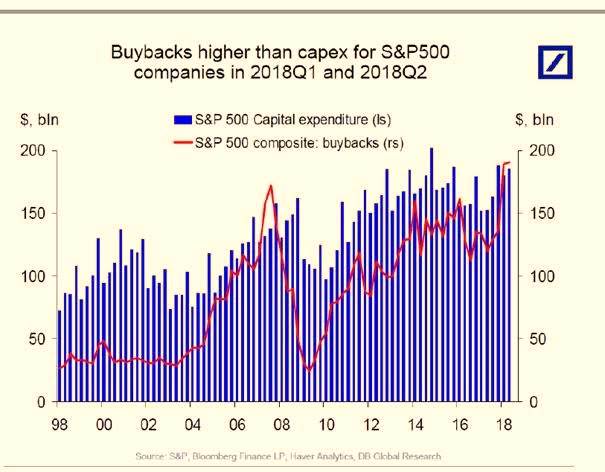 40% of the value added to S&P 500 stocks since 2009 has been through dividends and buybacks. Has real value been created? Has there been real innovation? Have companies focused on growth and outpacing their competitors? No, the only thing that has been created is a smile on shareholders` faces.

On the face of it, shareholder value is the dumbest idea in the world.
- Jack Welch - 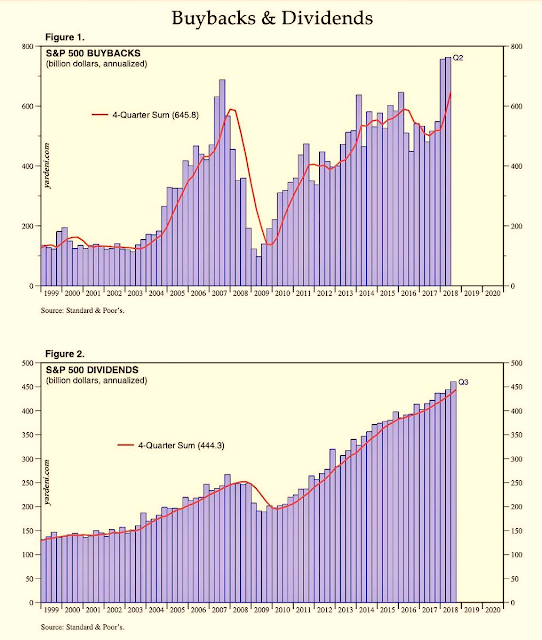 This year can really be seen as the grand finale of share buybacks, with a record amount announced; more than 750 Billion dollars as of Q3 2018. 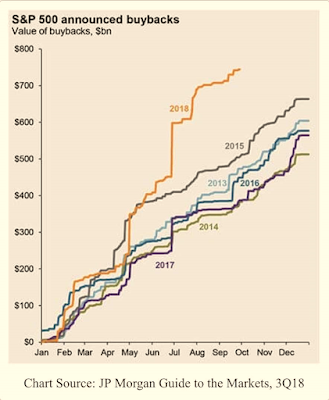 The cracks slowly start to grow, and obviously it will hurt the most in the areas where money has been flowing freely. Case in point: startups. Since 2013 there has been an explosion in Venture Capital deals raising 100 Million dollars or more. Having been stable from 2007-2013 with about 0 -5 of such deals announced, over the past 5 years it has grown to 45 deals announced! If you are looking at one of the largest bubbles that are blown since the previous crisis, look no further than startup funding.
I have been a startup consultant over the past 4 years, and to look at the industry up-close is just stunning. The number of VC`s, incubators, accelerators and private investors is mind boggling. I am in close contact with these investors, and I still find it amazing to see that none of them actually care about profitability of a startup. Heck, the startups don`t even necessarily need to have any revenue! It`s all about daily active users, the average number of minutes spent on an app, and many more of these useless metrics that have just been brought to life to cover up the one thing that matters: profitability.
Being a startup consultant, it is my job to try to lower the chance of failure of a startup from let`s say 98%, to 92%. You might wonder why anyone wants to hire a consultant who is so downright pessimistic, but in my opinion that is exactly what startup founders need: some grounding. They need someone to drag them back to earth, tell them about the viability of their product or service, the potential size of their market, and the chances of becoming profitable.
What I feel is that many of the startups are playing a game of “who can hold their financial breath the longest”. A good example is the Southeast Asian fight between Grab and Uber; from the start, these companies have been throwing buckets and buckets of money at their customers, trying to lure them in as regular customers. I remember a point in time where I had 5-dollar discounts with Grab on an 8-dollar ride, every day, for 6 months in a row.  Has this increased my loyalty for Grab? Not at all. I still choose the cheapest option, regardless of the service provider. After spending Millions of Dollars on both sides, Uber decided to give up, and sell their Southeast Asian operations to Grab. There have only been losers at that point; Uber lost their markets, Grab (or should I say, Grab`s investors) lost Millions of Dollars in discounts, and the consumer is now dealing with a near monopoly in the market right now.
But let`s look at the mother of all examples: Amazon. Since the late 1990`s they have been squeezing physical retailers, by making online retail cheaper. They have destroyed many of the well know brick and mortar brands and department stores. By playing a game of “Who can hold their financial breath the longest”, they have gotten rid of most of their competitors by being unprofitable in their operations for 20 years. Who has paid for this? Amazon`s investors. Now that physical retailers are leaving in droves, commercial rents are dropping like never before, and guess what…
Amazon now decides to set up their own brick and mortar outlets…
Genius? Yes!
Unfair? How would you feel if a runner on steroids (read: nearly unlimited cheap credit) wins from someone who has worked long and hard to reach their goals?
One of the biggest winners in these examples are the consumers, as they can purchase products and services at the lowest rates. In my opinion, this has suppressed consumer inflation rates massively, and now that we are going back towards interest rates reaching “fair value”, all these discounts and low prices will disappear, and companies will go back to their main goals: becoming profitable.
Most likely, this will result in a spike in inflation, together with a few other factors that I will discuss in the next chapter. 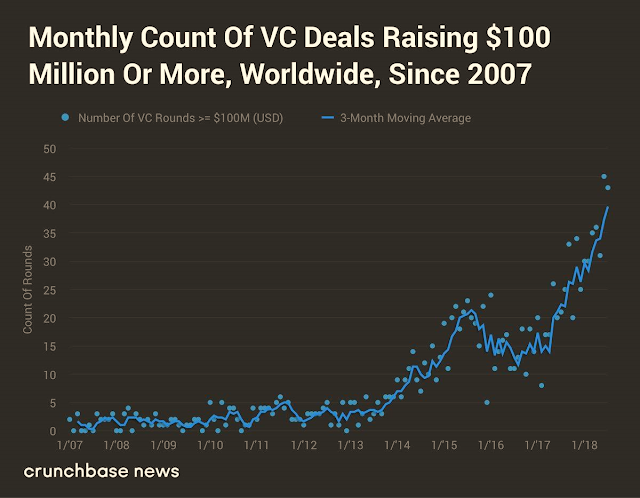 Meanwhile, looking at a different industry, global auto sales have been coming down a lot over the past 2 years, now being back to levels that were last seen in 2009. Is this because of the rise in companies like Uber? Or is it just because we are in the midst of the next global economic downturn? How will this downturn affect auto companies like Tesla, who haven`t even been able to become profitable yet? Will they survive the lethal combination of rising interest rates and declining auto sales? 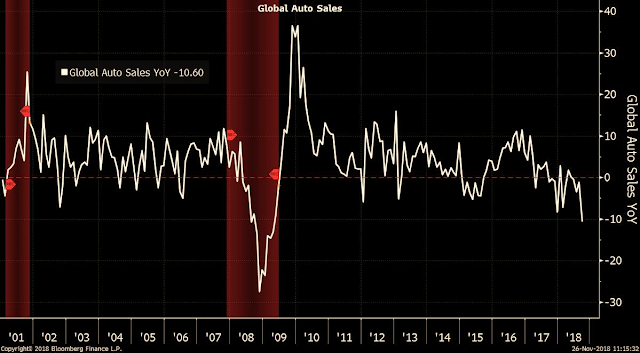