Let`s start this newsletter with a bottom. Silver has been declining since 2011, but seems to have formed a bottom around 14.9 USD, which it has touched many times over the past 4 years. It is now at a point where it is both touching the long term upwards channel, as well as being at the point of breaking out of the falling resistance.
Looking at the historic performance on this chart from Chris Kimble, breaking out of this resistance can mean a years long bull market.

The FED stood their ground, and decided not to cut the rates. This resulted in the S&P 500 briefly hitting all time highs, after which it dropped about 1%.
After the FED news, the expectations for the FED to cut interest rates during their next meeting, increased to 100%, which means that the expectations are fully priced into the stock market.

This July rate cut would come despite near record lows in the unemployment rate, and an interest rate that is not even at half the level it was before the great financial crisis. Now here`s a little interesting statistic from Sven Henrich: Every time the FED cut its rates when unemployment was below 4%, a recession immediately started and unemployment shot up to 6-7%.

Other recession indicators? How about the yield curve inversion. Every time the 5 year yield vs the 3 month yield spread inverts for longer than 3 months, a recession started within 12-18 months. 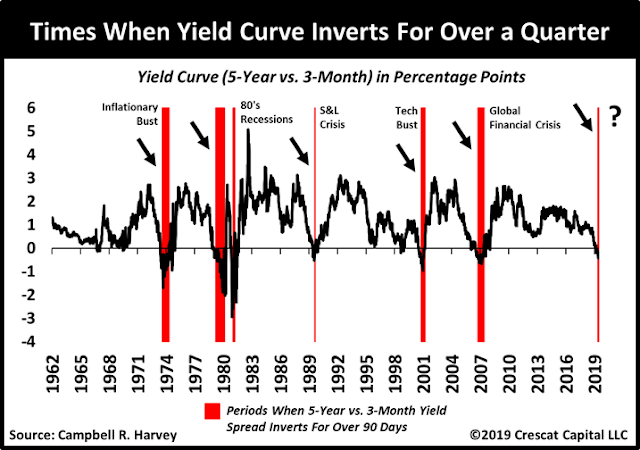 In general, 75% of the time over the past 50 years when the FED decided to cut rates, a recession followed soon after. 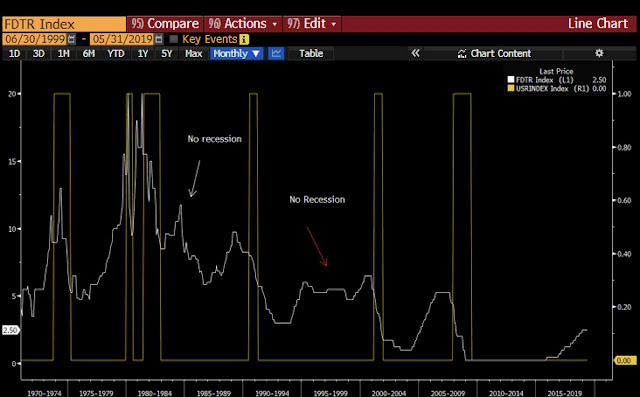 Can we already see signs of a recession? The New York FED Empire State Index, which reads the general business conditions, posts its biggest monthly fall on record, and is now in negative territory since Oct. 2016. 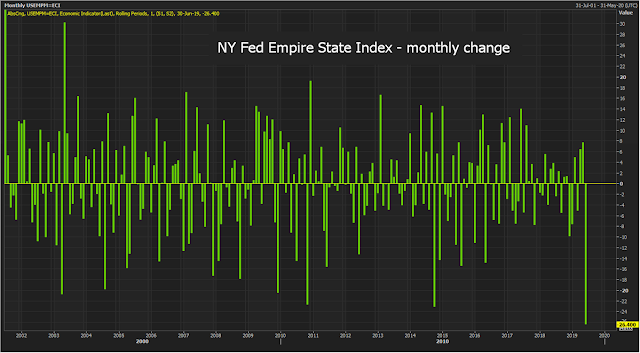 Singapore`s electronics exports have crashed, with general exports at its lowest point since 2013, which can often be seen as a good indicator for the health of worldwide trade. The electronics exports were expected to go down 19%, while it actually plunged 31%! 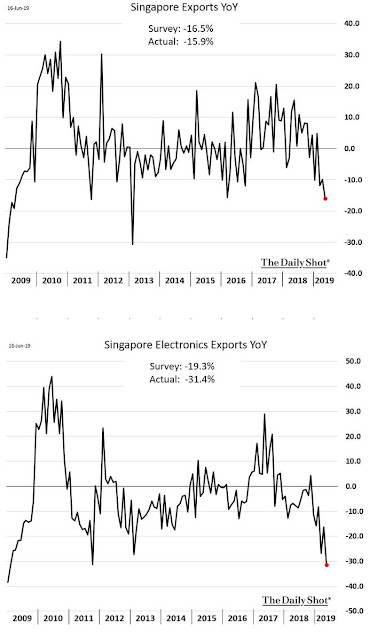 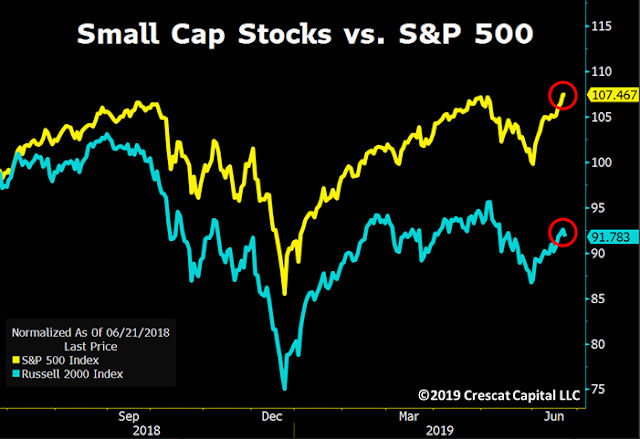 Thank you for reading, and don`t forget to stay positive!
Robbert-John Sjollema