We are in a global recession, it has not been officially announced yet, but with the Purchasing Managers` Index being below 50 (indicating a contraction) in South Korea, Japan, Taiwan, Malaysia, Russia, Poland, Turkey, Czech Republic, Italy, Germany and the UK, we can be assured that the world is in trouble.

As central banks all over the world have used up all the tools in their toolbox to avoid the last crisis from spiraling out of control, they have no more buffer to absorb declines from any future recession. This means that the upcoming recession might turn into an all out depression, where each individual, each company and every government will have to tighten their belts.

The main tool that has been used is of course the money printer, inconspicuously called "Quantitative Easing" or any other term that central banks have used to distribute as much money as possible.
Why does the man on the street still feel poor? because this money ended up in the hands of private and public companies, and it created something that can be described as miraculous: The Greek 10-year bond yields have dropped below 3% for the first time ever!

Investors are so hungry for yield in a world of zero interest rates, that they only see a 3% chance of Greece defaulting on its debt. Even though history shows that since 1800, Greece has spent half of its time in default! 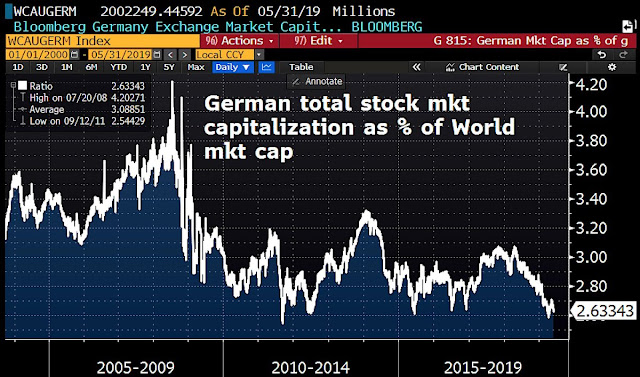 Last week i showed you a great chart, depicting all the IPO`s that have taken place recently, and the massive losses that they have incurred over the past year. The following chart compares the recent IPO`s to the ones over the past 2 decades, and one can see that even around the dotcom mania, companies were not as loss making before their IPO than that they currently are. It`s truly a different world today! 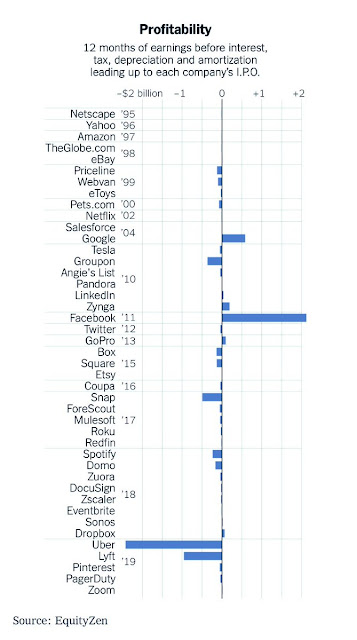 The IPO madness can also be seen in the S&P 500 index, where record valuations have been hit. It does look like it hit a wall recently, with a double top forming. As the amazing Northmantrader shows below, there`s a lot of similarity to the 2000 and 2007 tops. For example the declining RSI with an increasing index price, a bottom in the unemployment rate, and a break of the multi year trendline. 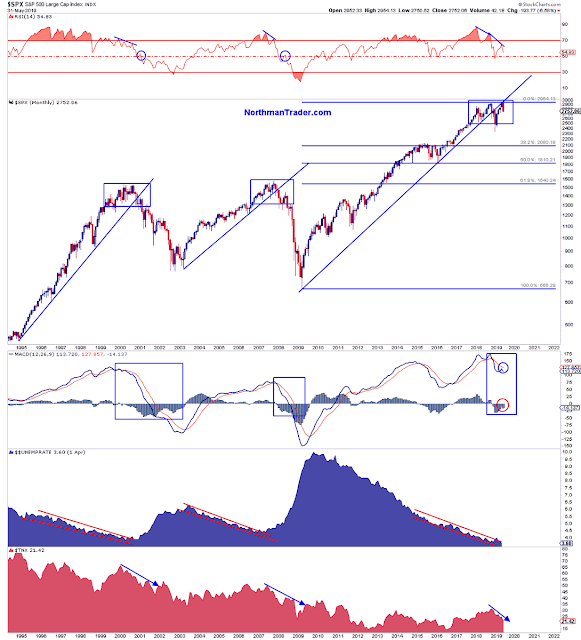 Will this be a copy of 2007? Looking at the below chart, you would think so. You can see a strong rise with low volume, a double top, a sharp decline in between those tops, and what the future will bring... well if we follow the path of 2007, it won`t look good for us!

The summer slowdown is now well underway, but with the US-China trade tensions, i don`t think we should rest on our laurels! Look at what happened in the last two weeks of December, which should have normally been slow weeks... it surprised us all, and gave many of us a very red Christmas!