August 2018 - Bubbles and Bottoms for Consumers -

Millennials, they`re an interesting bunch. They grew up with a computer mouse in their right hand and a phone in their left hand, and despite all these technological advancements compared to their parents, they still don`t manage to earn as much as them. If you`re born after 1980, you have a 50% chance of earning more than your parents. This is in stark contrast to people born during the second world war, who had a 90% chance of earning more than their parents. What has changed? 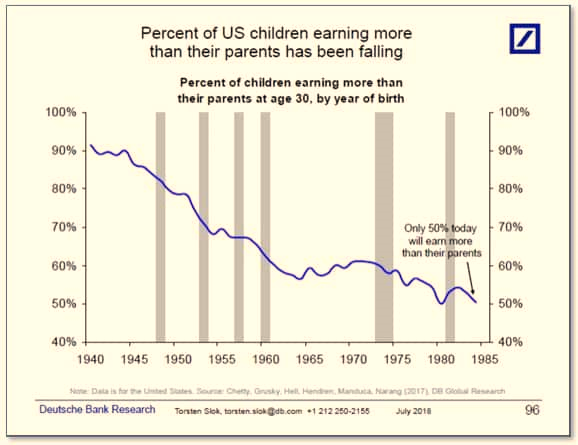 Firstly, millennials spend more time in school, which is great for their long-term income perspective, but in their early years millennials lose out to their parents. The worst part might be that despite the fact that they earn less than their parents, they are much more confident in the fact that they will become a millionaire: this year, a study by TD ameritrade has shown that 53% of millennials are confident that they will become a millionaire and will retire by the age of 56. Sheer optimism? I`m sure of it, because the same research has shown that on average, they only start saving for retirement at the age of 36…
As shown last month in this newsletter, outstanding student loans have now reached a record level of $ 1.2 Trillion, which also puts a serious dent in their disposable income. 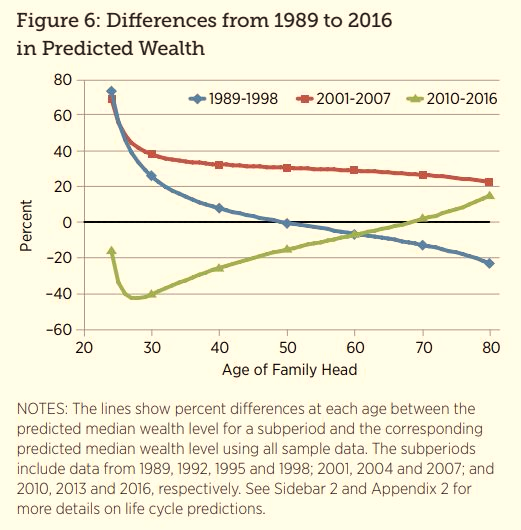 Secondly, today`s average wage, after adjusting for inflation, has the same purchasing power as 40 years ago. This means that despite the higher paychecks, people are not actually earning more. When you look at average hourly earnings, we actually peaked 45 years ago in 1973 when $4.03 per hour would be equal to $23.68 today. 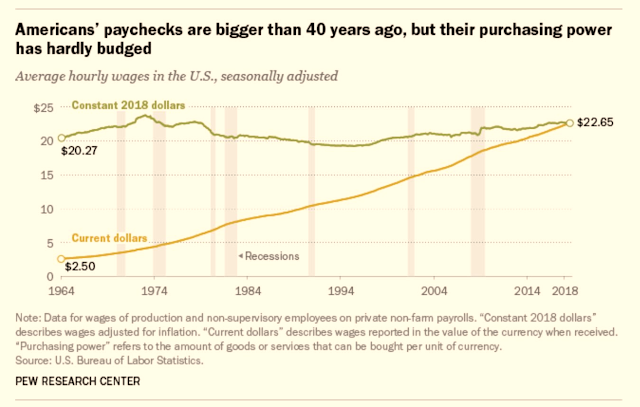 But hey, Consumer confidence is reaching all-time highs so it seems that despite depressed millennial wages and purchasing power that has been stagnant for 40 years, people feel more confident than ever! All hail the multiple credit lines! 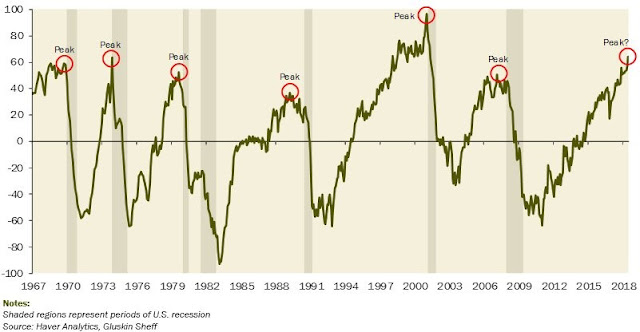 Remember the Trump tax cut from last November? Remember that employees were promised higher wages? It`s been 10 months now, and here`s the percentage change in wages compared to corporate profits: 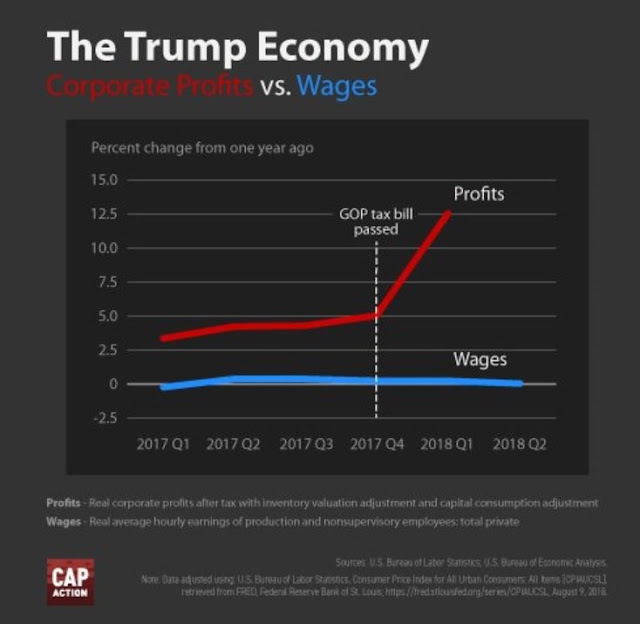 Existing home sales have disappointed last July, with a 0.7% decline, while a 0.4% increase was expected. This is now 4 monthly declines in a row, only last seen in 2013. This comes together with a big drop in consumer home-buying sentiment, as surveyed by the University of Michigan. It is now at the lowest level since 2008. As you can see, a recession comes roughly 1-2 years after this consumer sentiment starts bottoming, so there`s ample time to prepare. 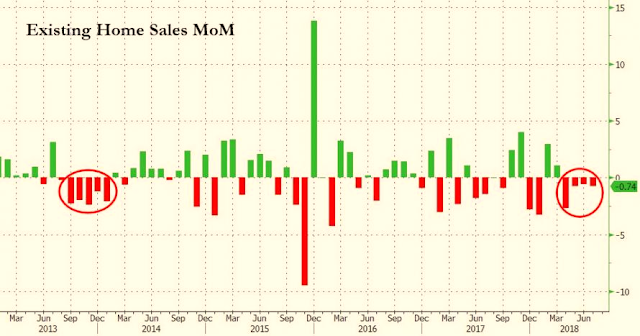 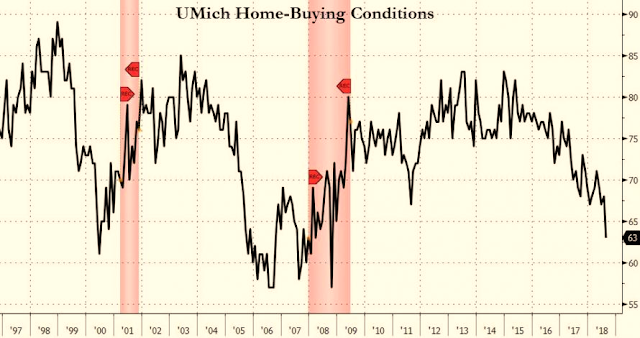