September 2018 - Bubbles and Bottoms for Commodities -


Coffee futures are touching a multiyear bottom that has been touched in 2014, 2009 and 2007. What`s behind this move? A huge increase in supply from countries like Brazil and Vietnam. Since the currencies of both these countries have been declining, it has become cheaper to import their coffee. 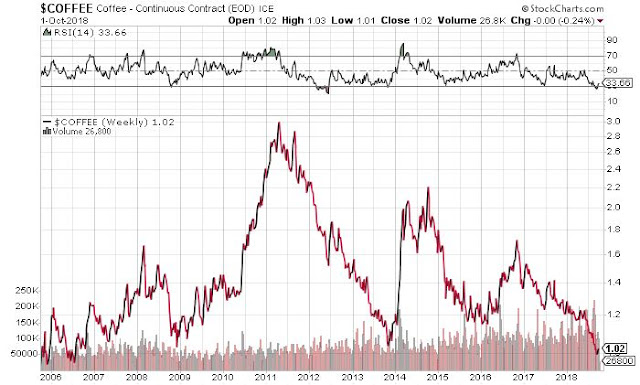 Lumber is another commodity that got hit hard and lost almost 50% since May this year. To be fair, it`s only back to its February 2017 levels, after seeing a massive 200% increase in a bit more than a year. The commodity has benefited from Trump`s protectionist policies, which resulted in import duties for Canadian lumber. Now that WTO is investigating these duties, the price has been collapsing back to “normal” levels. 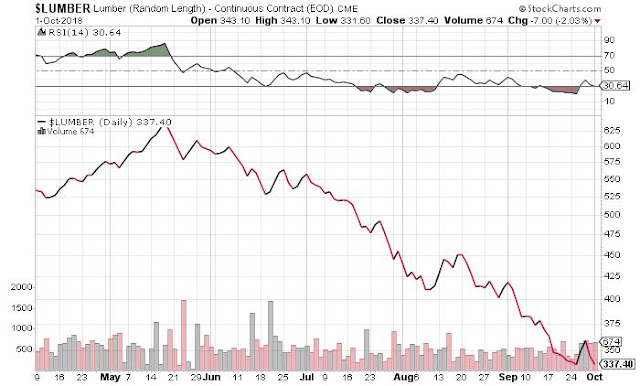 My darling commodity silver has practically been in a constant decline since 2011 but is now reaching levels that are highly interesting for investors. Last month i`ve shown that JP Morgan is holding record amounts of physical silver in their vaults, which indicates that they see huge potential in the precious metal in the foreseeable future.

This following chart shows the relationship between silver and gold. It peaked late 2011 and has gone down ever since. It is now reaching a bottom that was last seen in 2009, and before that in 1995 and 1994. I am confident that this ratio between silver and gold will soon normalize, which means that the price of silver will go up relative to gold. This can mean two things: either silver goes up and gold goes down, or they both go up, but silver rises at a faster pace. I would choose the latter possibility. 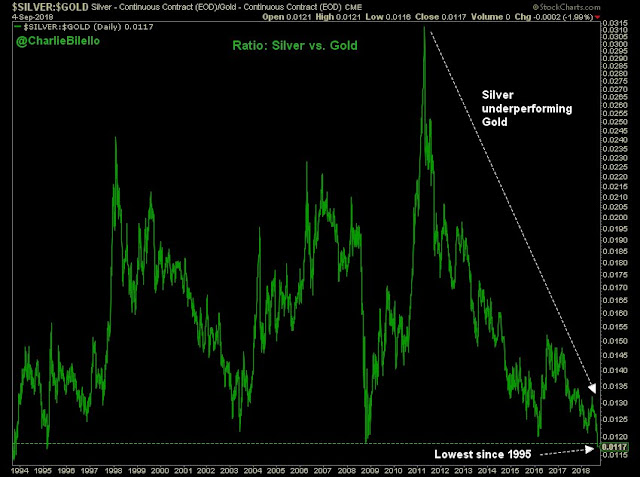