Another month, another all-time high. At least for the U.S.! Strangely the U.S. stock markets are diverging from the rest of the world, and it now accounts for 120% of the year-to-date move on the MSCI index (stock market index with companies from around the world). Comparing this to the year-to-date contribution from other countries, and you`ll see the massive divergence that`s taking place. 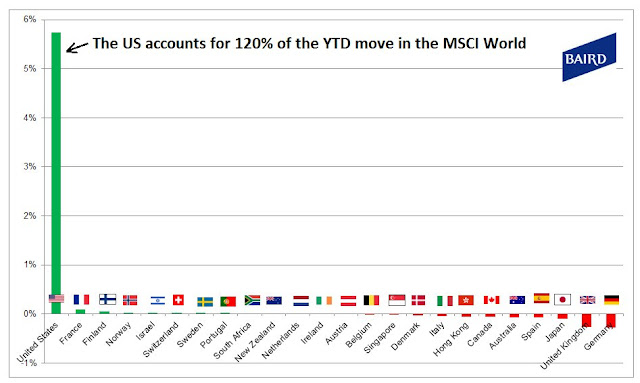 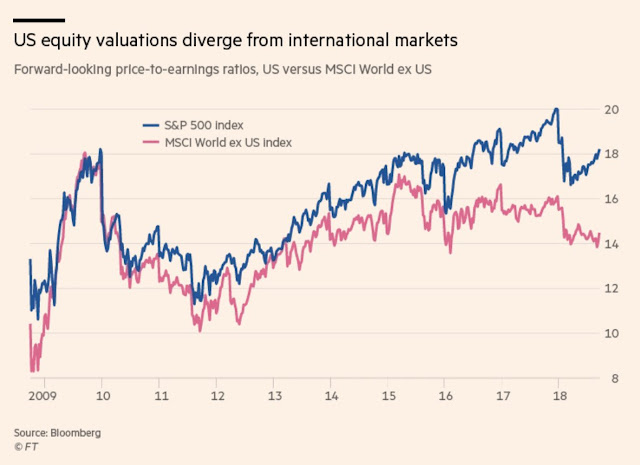 Strangely enough, this divergence takes place at a time when the FED (Federal Reserve) is already tightening (increasing interest rates and tightening fiscal stimulus) while the ECB (European Central Bank) and BOJ (Bank of Japan) are still lenient in their fiscal policies. But more on that in the next chapter.

According to many different types of economic models, U.S. stocks areovervalued and in proper bubble territory.
Profit margins are at a record high for S&P 500 companies, now above 12%, while the long-term average is just slightly above 8%. Corporate profits have also reached record levels, but as a percentage of GDP, as shown below, it has levelled off since 2015. More about this later. 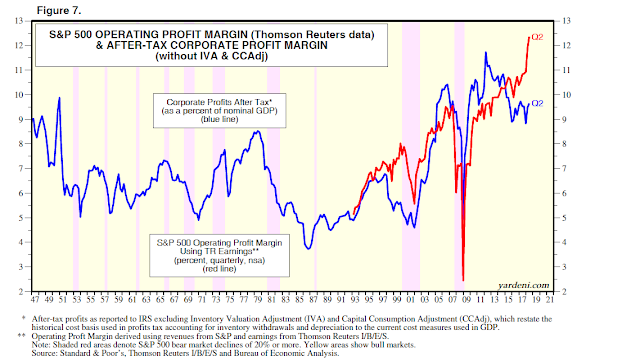 The manufacturing index is almost at the high levels that were last seen during the early 80`s. 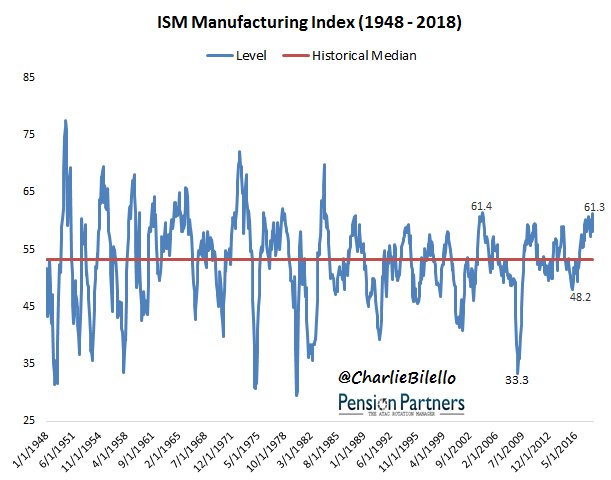 The ever-increasing profit margins have resulted in an S&P 500 index that has seen a record number of days above its 200-day average level, currently being above that level for a record 570 days. I have said this a few times now, but reversion to the mean WILL happen, it`s just a matter of when.

Goldman Sachs` bull/bear indicator, which combines the average percentile for ISM (manufacturing index), slope of the yield curve, core inflation, unemployment and the Shiller P/E ratio, has been a great indicator for recessions, and has practically predicted every single recession in the past 7 decades. The indicator is now reaching levels that are surpassing the 2000 and 2007 peaks, and goes way back to levels that were last seen in the early 70`s. 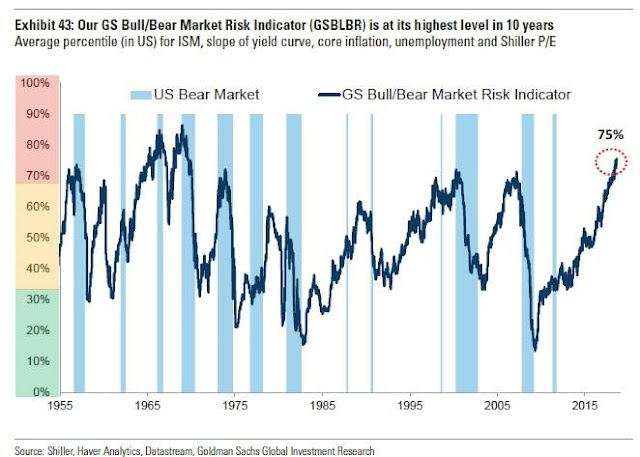 Going back to the earlier mentioned Shiller P/E ratio; this is one of my favourite ratios that smoothes out the average S&P 500 price to earnings ratio by taking the average inflation adjusted earnings from the previous 10 years, and thus giving a better view of cyclically adjusted P/E levels. 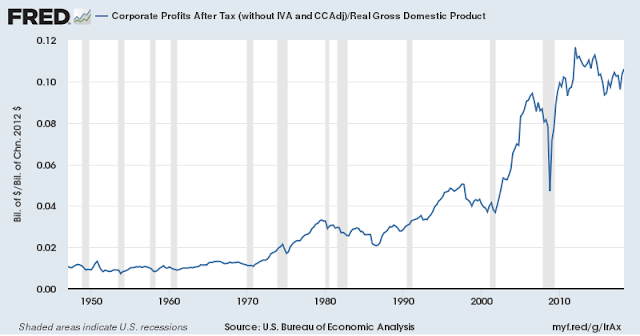 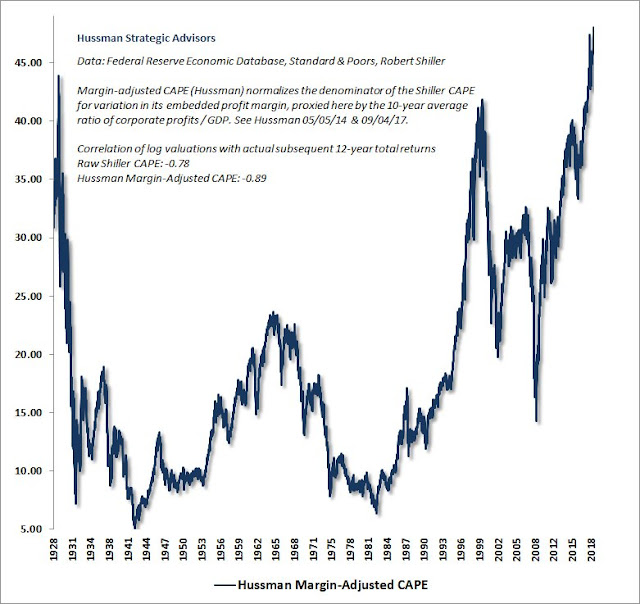 Last month I told you in depth about the Hindenburg Omen and the effectiveness of the indicator. Basically, the more times it is “triggered”, the higher the likelihood of a stock market decline becomes. Below is an updated version of last month`s chart. Over the past 4 weeks, 20 Hindenburg Omens have been triggered, the largest number in over 40 years.

"Get out when you can, not when you have to."
- Jesse Livermore -

The final chart that I want to show you is a macro model from Crescat Capital, which basically combines 17 indicators, most of which i`ve shown to you over the past 3 months, and gives all of these indicators a percentile score. As you can see, the average of these indicators is currently at its highest historical percentile ever, even higher than the 2007 and 2000 peaks. This chart speaks a thousand words. 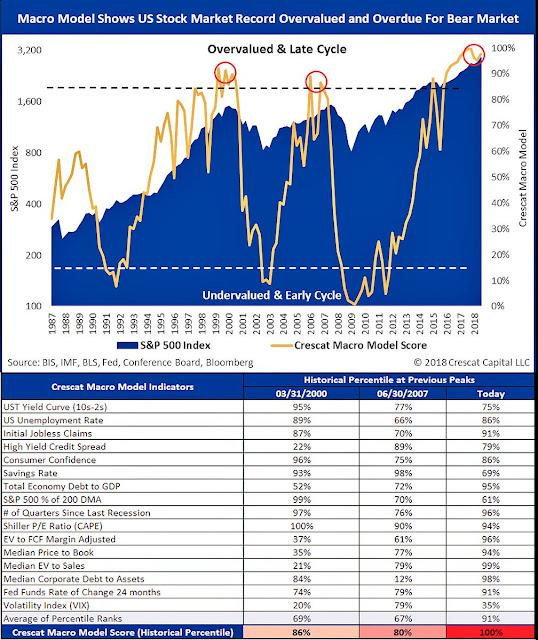