China has been the big saviour last week, pumping 83 Billion USD into the financial system in one single day! That`s a new record and is definitely because of the upcoming Chinese New Year holiday. A likely record number of people will be traveling, which also means that a record amount of money will be spent. It will definitely help in consumer confidence if the stock market is off its lows. 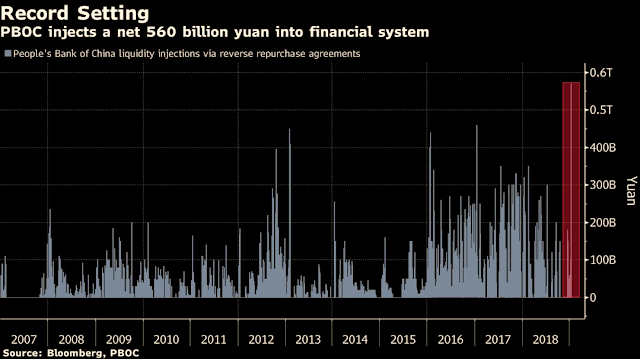 The Chinese stock market is not the only place where lots of money is being pumped into. Another one of China`s favourite ways to spend is through loans to African nations. This scheme has grown sevenfold over the past 10 years, and slowly crushes economies like Angola`s and Ethiopia`s under a mountain of debt, only to provide debt forgiveness in the form of claiming a harbour, an airport or a mine. It`s the new-age colonialism. 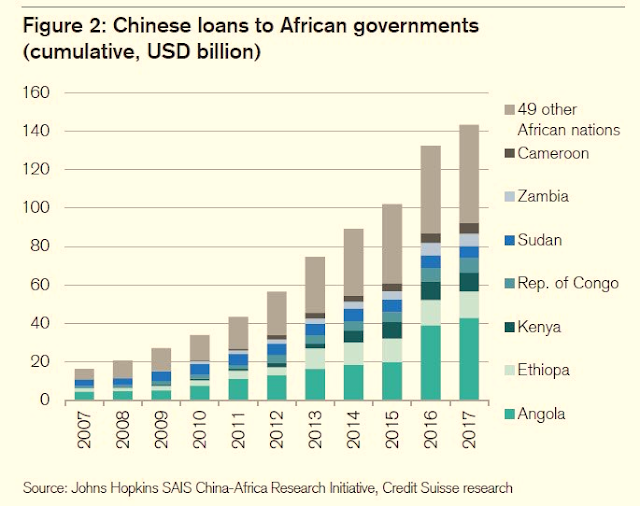 You know the story by now, and you most likely know how it will all end, but it`s good to see the bigger picture from as many different angles as possible, to create a broad view and a solid opinion on where the U.S. economy and the world economy in general is headed towards. 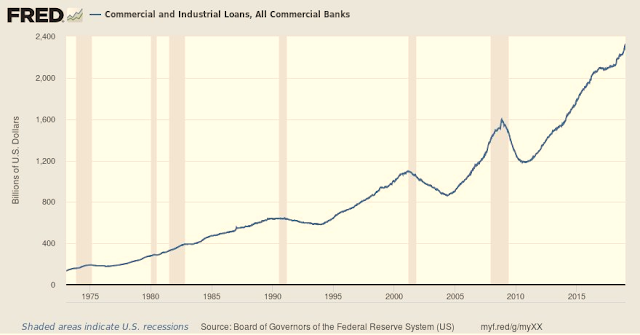 But for now, let`s party on! Non-farm Payrolls are showing its largest positive streak ever (double the previous record), and every nitwit is employed. Who says you need at least a bachelor`s degree to get a job?

And when people show you the following chart, just look away. Ignore it and keep on buying stuff that you don`t need, with money that you don`t have. Your lord and saviour Trump will definitely rescue you and bail you out, just like his companies have been bailed out multiple times. 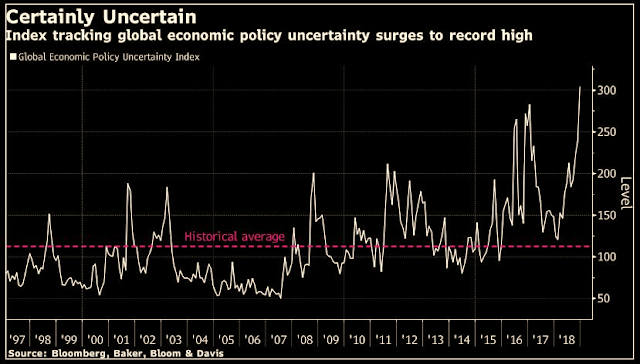 “Americans make a living selling each other houses, paid for with money borrowed from the Chinese.”