The January stock market rebound has been nothing more than spectacular. The worst December ever, has been followed by the best January ever. The big question now is: are we in a new bull market, or is this just a crazy bear market rally?

All the evidence points towards a bear market rally, since the economic fundamentals in the U.S., Europe, Japan and China have not improved over the past 3 months. On the contrary, Many economies have shown their first contractions in years, and a few are on the brink of a recession. There was a time when stock markets were leading the “real economy” by at least 6 months, but those days are long gone. It almost seems like the stock markets are now the last ones to “admit” that a decline is inevitable and go into contraction mode.

Let`s dissect the last month, and see how rare this move was, and what to expect over the next months.

The now-famous Oddstats on twitter has made two interesting charts where he shows the extreme volatility that took place during the 1929, 2000 and 2007 declines, indicating that it is incredibly difficult to navigate bear markets, and that there are enough entry and exit points for both the bulls and the bears. 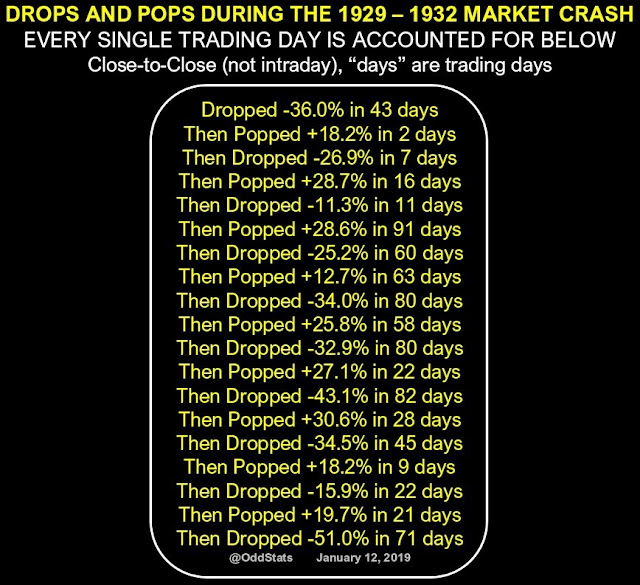 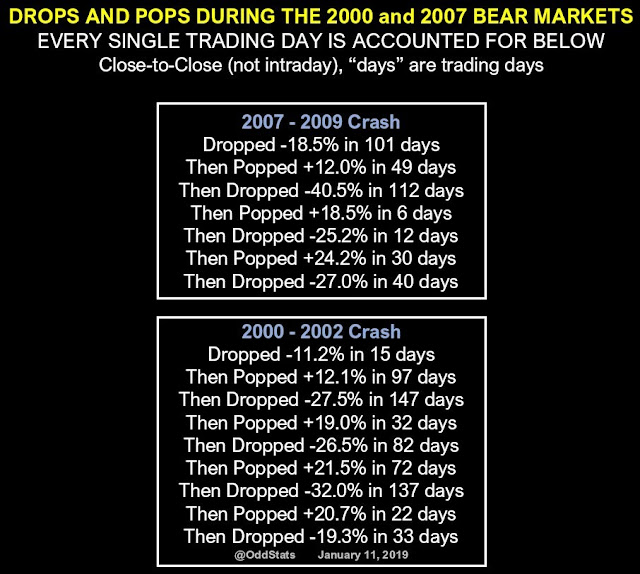 Was this really such a big decline? If you look at the Bullish Percent Index, the decline was just as bad as during the past two bear markets, surpassing the 2011 and 2016 dips. 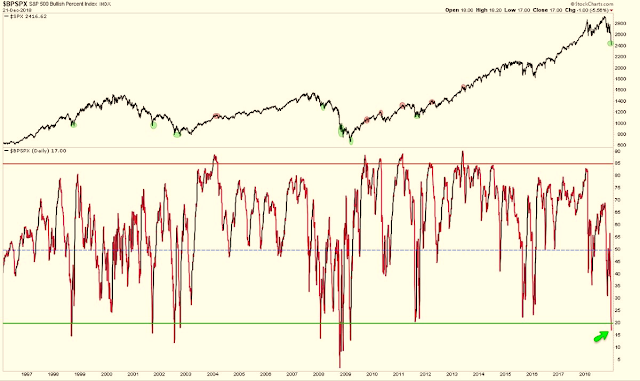 This level has, as of this week, moved back into neutral territory, and it makes you wonder; are we setting ourselves up for the next leg down? 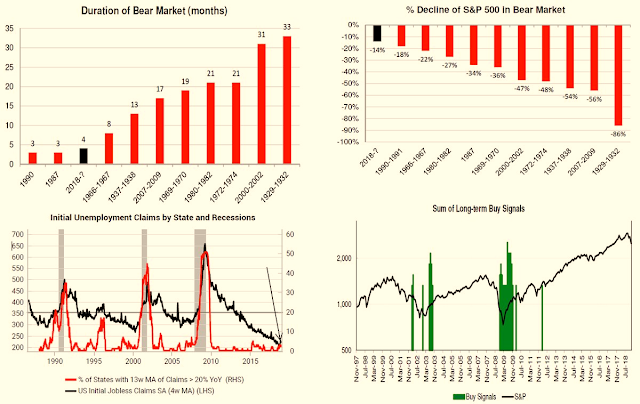 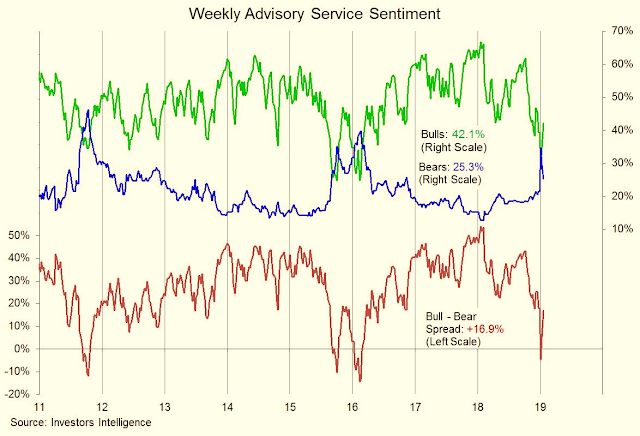 The spread between bears and bulls have moved back to a more “stable” level, up from a bearish level that was close to the 2011 and 2016 declines. The fact that it didn`t surpass these levels, shows me that there`s much more bearishness on the horizon, and that this is just a temporary hold. 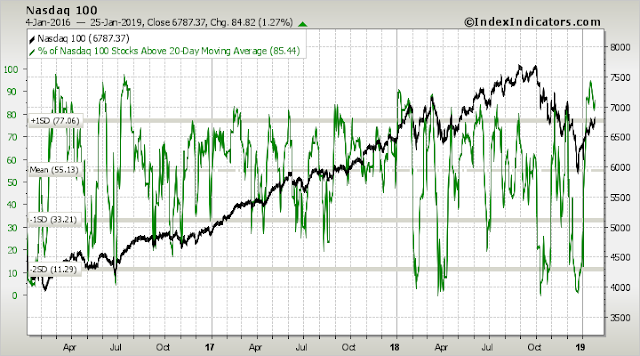 “The secret to being successful from a trading perspective is to have an indefatigable and an undying and unquenchable thirst for information and knowledge.”

As said earlier, the fundamentals haven`t changed. Businesses are still borrowing like crazy, and a majority of stocks now have negative annual free cash flow.

Can it be worse? Yes, just ask the commodity rich nations of Canada and Australia. 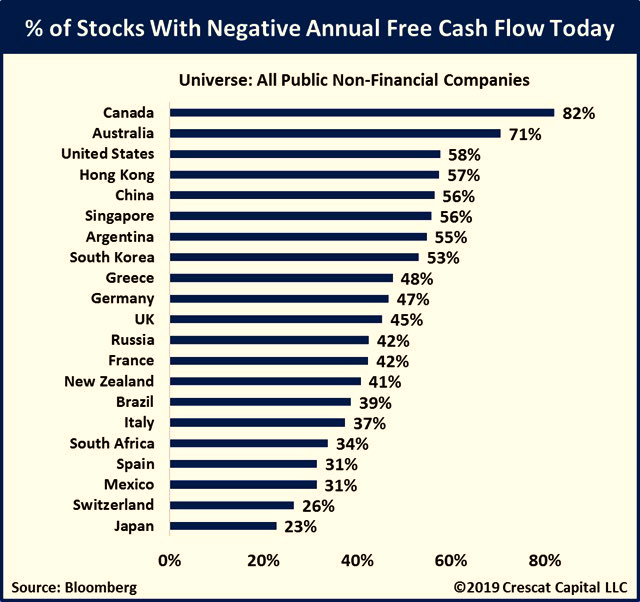 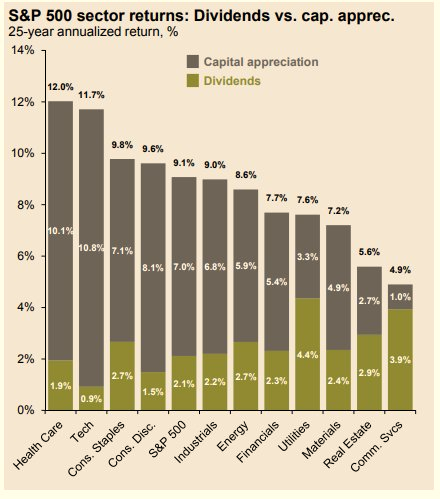 Things have just been too good for too long. Look at the above chart, which shows the returns per sector, over the past 25 years. Healthcare and Tech have had an average return of 12% per year, for 25 years in a row. Despite the Credit Crisis, and despite the dotcom bubble.

As you probably know by now, most of this growth has been funded by debt, and there`s no better way to look at this than by checking out the Russell 3000, which covers 98% of all listed companies.

It shows a record high level of Median Net Debt to EBITDA (Earnings Before Interest, Taxes, Depreciation and Amortization). 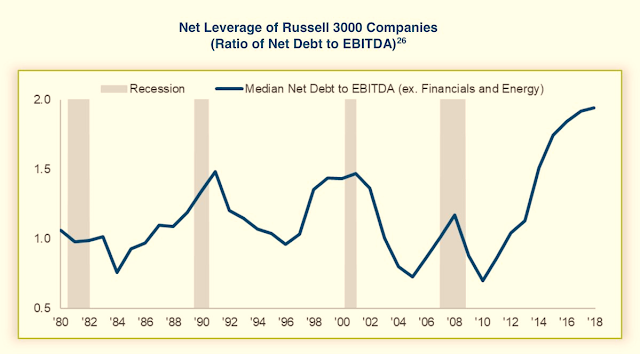 There are however a few interesting “bottoms” that i`m keeping an eye on. China`s stock markets have taken a beating and could be interesting for the long term (although I am shocked that their housing crisis and shadow banking crisis have still not caused any worldwide problems). 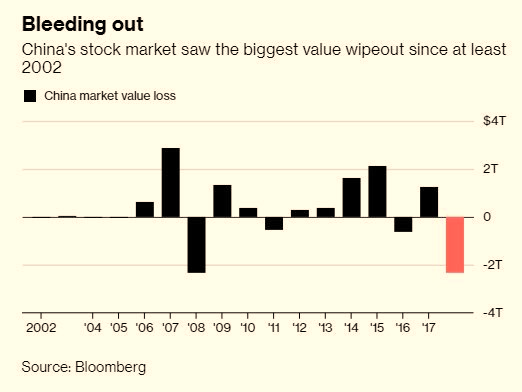 The biggest market value loss ever has taken place last year. It was even worse than the 2008 decline. Of course, the larger the economy becomes, the larger the amounts get, but it is still staggering to see that more than 2 Trillion USD has been wiped off the stock markets last year. 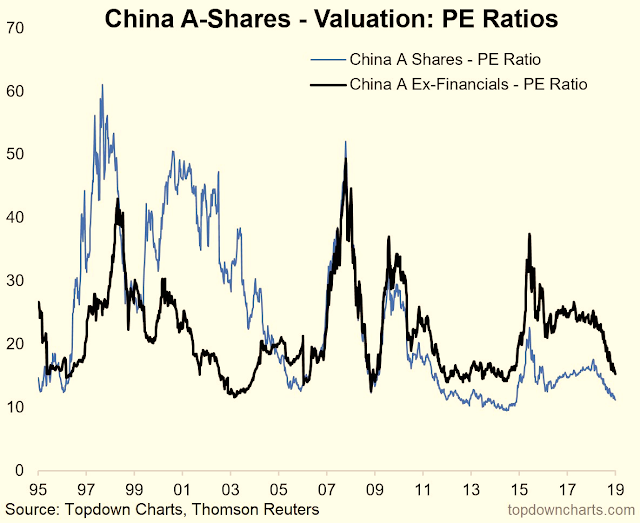 The decline has created Price-to-earnings ratios that can be called “attractive”, especially compared to their long-term averages. 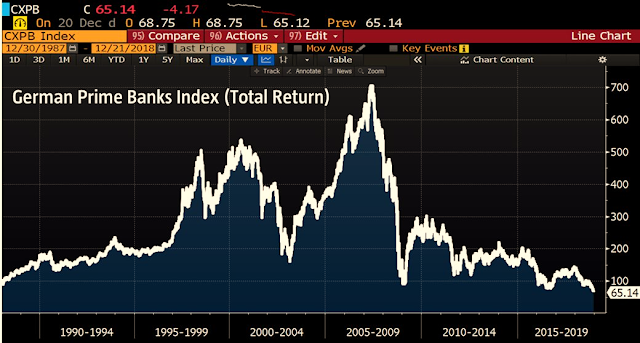 I will leave you with two interesting charts, once again from Oddstats. One is showing the maximum daily decline and maximum increase in any given year, and the other is showing the short term and long-term odds of “being right” in the market.