February/March 2019 - Bubbles and Bottoms for Consumers -

Consumer confidence has been going through the roof over the past 10 years, and nowhere can this be seen better than in New York. Consumer confidence ripped up 35 points to a new record of 138.8. This is despite declining property prices in the big apple. 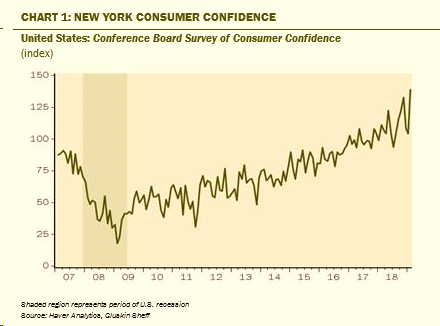 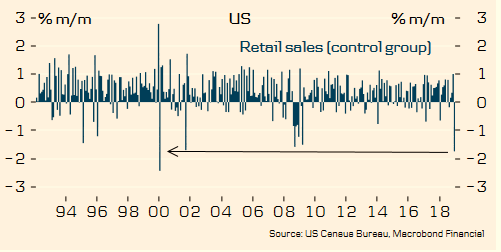 Looking at the difference between the consumer confidence present situation index, and the consumer confidence expectations index, there is a massive spread growing, which is only comparable to the situation around the year 2000. It means that consumers are confident in the current business and labour market conditions, but that they are worried about the short-term outlook for these conditions. As you can see, a dip in this spread is always followed by a recession. 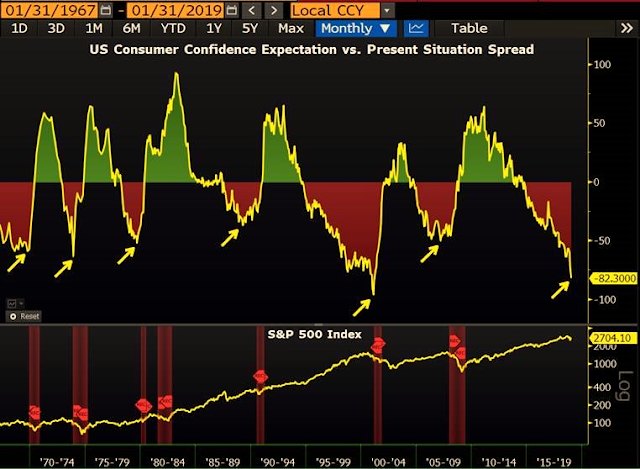 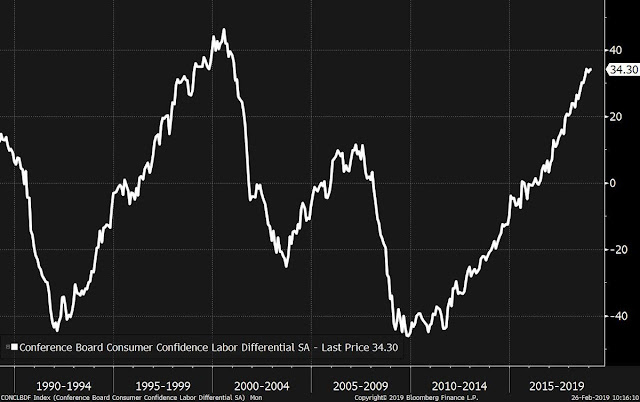 These charts all look great, but interestingly enough the average length of joblessness is still very high if you compare it with the levels during previous decades. It`s great that it has declined from an average of 40 weeks in 2012, to an average of 20 weeks now, but will we ever be able to go back to the levels in the past, when someone didn`t have to look for a job longer than 15 weeks? How can it be that a record number of people say that jobs are plentiful, while it still takes very long to find that job? Didn`t technology bring employers and employees closer to each other than ever in the form of job websites and platforms like Linkedin? 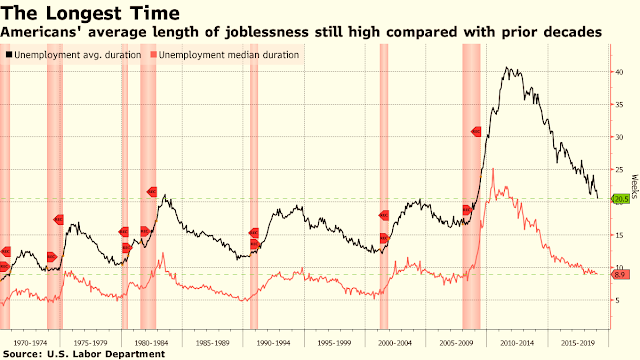 Perhaps it has to do with the ever-aging population. In the following chart you`ll see that we have reached the first time in history where there are more people in the world over 65 years old, than under 5 years old. This pattern will most likely never turn back to “normal”. 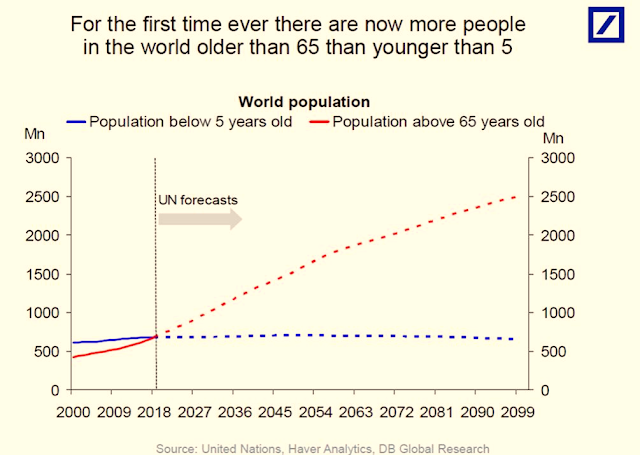 This shift in demographics will impact everything from consumption levels to savings rates to housing prices, and eventually to economic growth expectations. Because populations in first world countries are declining, there`s a real issue in employment rates. In a country like Japan, the unemployment rate is now at 2.4%, which basically means that everyone who`s able to work, works. This means that women, who traditionally didn`t work and took care of the household and the family, are now also fully part of the labour force. Since 2013, a higher percentage of Japanese women are now part of the labour force than American women! 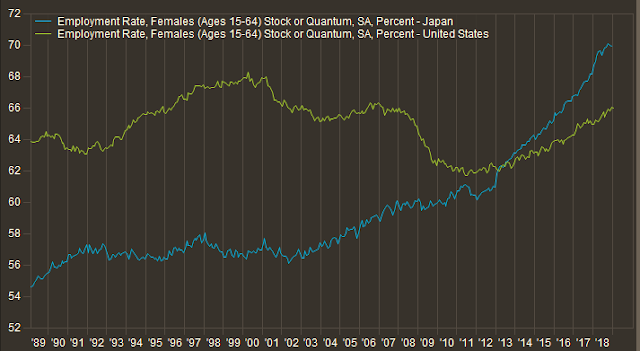 He who does not labour and yet eats, eats stolen food.