February/March 2019 - Bubbles and Bottoms for Governments -

And this is just for the United States. In the rest of the world the numbers start to look bleak as well, in particular in Europe, China and Singapore. Below you can see Singapore`s year over year exports declining by 10.1% for the month of January.

Spain`s industrial production has been falling off a cliff. 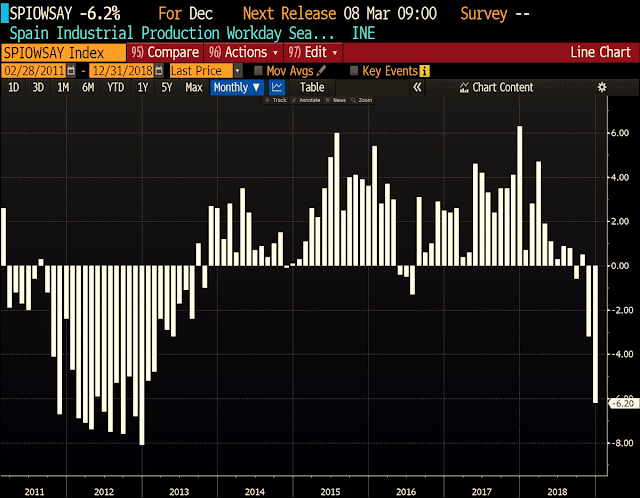 Italy`s Industrial sales has suddenly plunged in December to levels last seen in 2009. 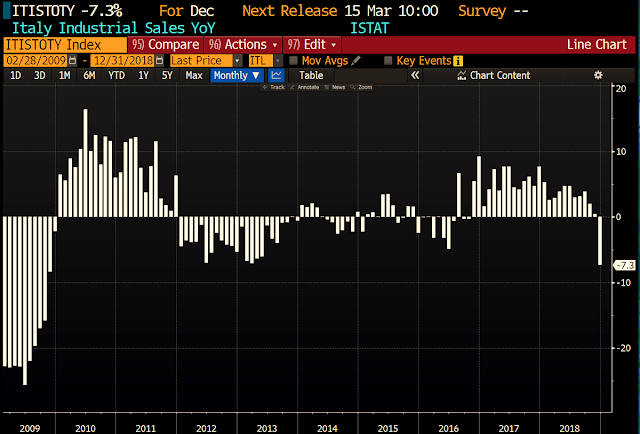 Germany narrowly missed a recession by growing 0.02% over the last quarter. 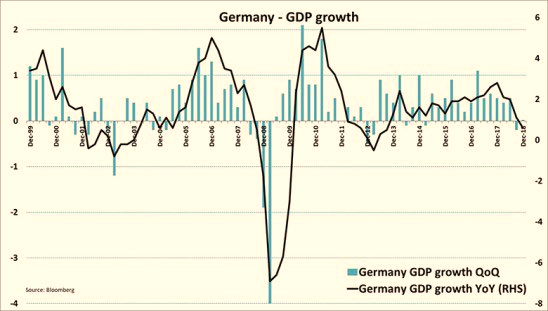 China`s imports from the U.S. have gone down more than 40% over the past 2 months.

China`s Purchasing Managers Index declines over the past months do not bode well for the U.S. durable goods orders, as they tend to trail them. 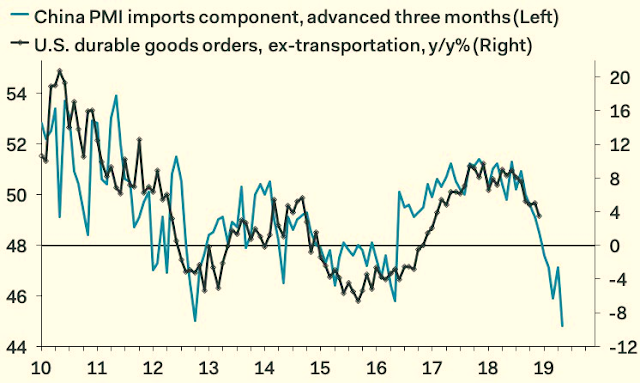 It is no surprise then to see that the recession probability is in its 95th percentile according to Ned Davis Research, which tracks a multitude of economic indicators and compiles it into their own model. 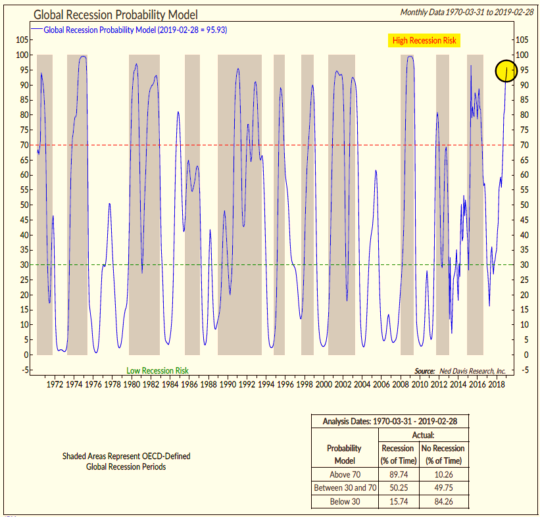 Topping this up with the fact that this is now the second longest economic expansion in history, and you can make a relative safe bet that the next recession is around the corner.

Now here`s an interesting fact: as you could see in the previous chart about bull and bear markets, there has been plenty more bull markets which have been longer than the current one. But when it comes to economic expansions, we`re at the peak. How does that work?
Looking at the bull and bear market chart, you start to notice that many bull markets have had recessions during their run! That was quite the revelation for me! Then the next question is: does every recession coincide with a bear market? And the answer is no, not at all! Only 53% of recessions coincided with a bear market!

My last question was then: does every bear market coincide with a recession? And the answer is yes, but, only if they`re longer than 6 months. If you count any duration of a bear market, then the odds are 62.5%. 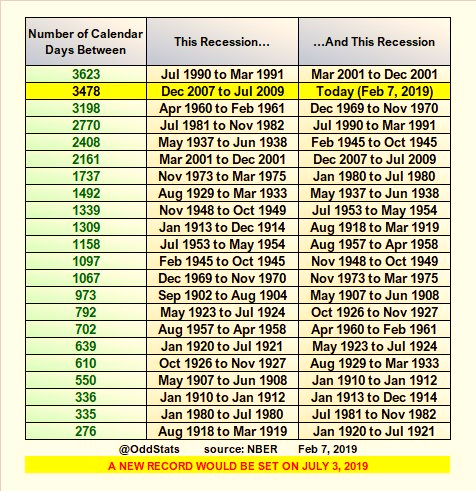 To put it in percentages:

If there`s any information to be taken out of these statistics, it`s that we really don`t want any recession longer than 6 months! We also don`t have to worry too much about a bear market though, as only 52% of these actually end up in a recession (you lose money on your stocks, but hey, you get to keep your job!)