Record debt means record valuations on stock markets, as long as the debt can be paid back. What can stop this debt payback? An increase in interest rates or a decline in demand.

Since the decline in the markets from October until December, markets have rebounded and found new all time highs. Just to put in perspective how fast this rally was, and how much the price increased: it took 80 trading days to let the Nasdaq 100 or NDX decline 23%, while it took only 73 trading days to go up 29%. Over the past 3 weeks it increased another 4%. 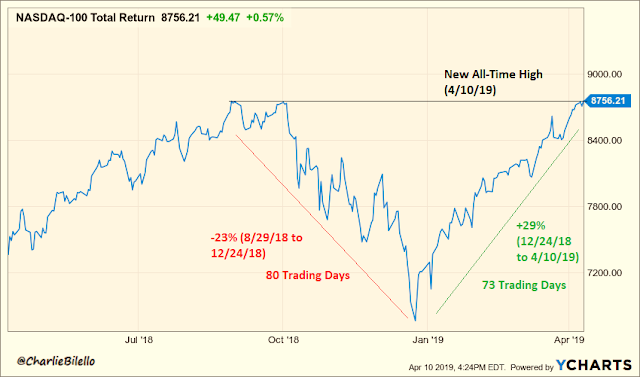 The Nasdaq has been up 15 weeks out of the past 17, which last happened at the peak of the 2000 bubble. Complacency galore. 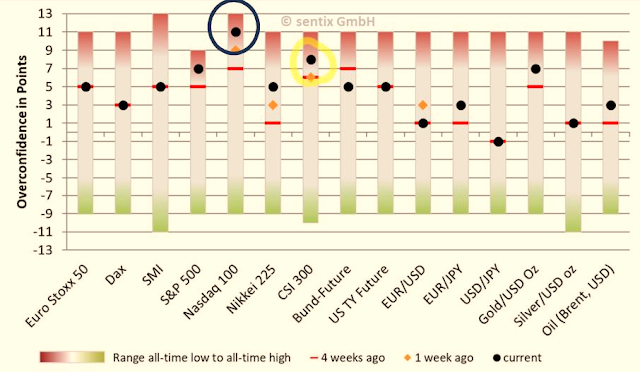 The largest chunk of the rally comes from the tech sector, which is quite unsurprising. While not even being close to levels last seen in 2000, the tech sector is still outperforming the S&P 500 and is now the strongest since 2001. 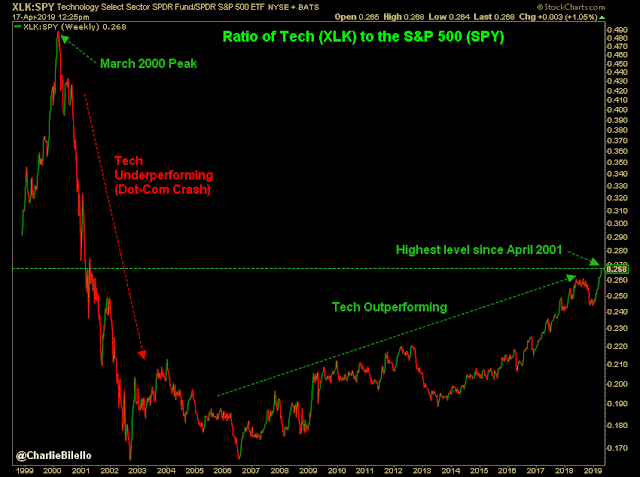 The tech sector is fuelled by new IPO`s, since most of the newly listed companies are in the tech sector. This year will become the 4th time that cumulative IPO value will hit the 100 Billion mark. The last 3 times this happened were in 2000, 2008 and 2015.

The flipside of this is that cumulative flows to tech funds have crashed since the peak in late 2018, and are now almost negative. This is bad news for all tech companies who are about to get listed. One can think of Pinterest, Slack, Robinhood and WeWork. 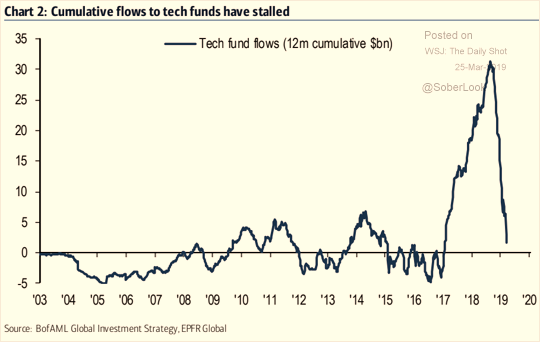 Investors are becoming more confident after the December dip, with the bull-bear spread now reaching October 2018 levels. What does it take for investors to run towards the exit again, just like they did in December? 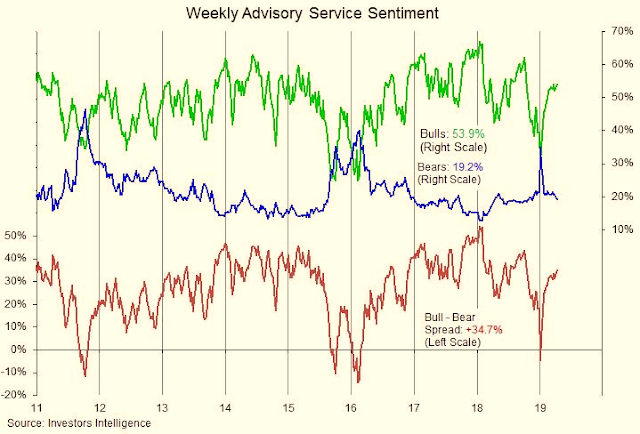 Dumb money is also more confident than they have been in a long time. Since 2010 to be precise. The dumb Money indicator include the equity-only put/call ratio, the flow into and out of the Rydex series of index mutual funds, and small speculators in equity index futures contracts.

The reason why many investors are becoming so optimistic again, is because there haven`t been any large declines for a while. On average, it takes 48 days to have a 3% sell-off in a day. Currently we`re at 69 days, which is practically 50% higher than average. 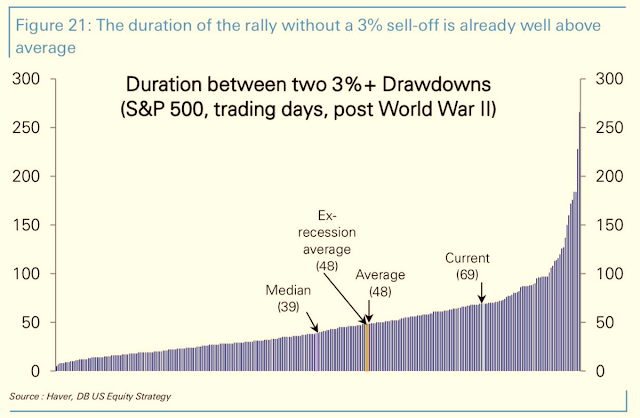 “It is far more common for people to allow ego to stand in the way of learning.”